Poker, Black Jack and Crazy Eights are nice games, but nowhere near as sophisticated and exciting as Bridge. Every single TOPS student begins their bridge education in Grade 9 (learning the basics) and further develops their skill in Grade 10. Once every week, students are walked through hands and challenged to make as many tricks as they can. Students pursue this game with varying degrees of interest. While for some it remains a weekly activity, for others it becomes a delightful obsession. Bridge is an exceptional card game as it is perfect blend of social courtesy and problem solving – Bill Gates and Warren Buffet, fellow bridge fanatics, agree.

The Grade 9s and 10s participate in the yearly Bridge Tournament at the Royal York Hotel where they have a reputation for playing phenomenally. Other tournaments also take place throughout the year, many offering substantial prizes. In fact, in 2007, four TOPS students were invited to Atlanta, Georgia to participate in a bridge tournament (all expenses paid!). 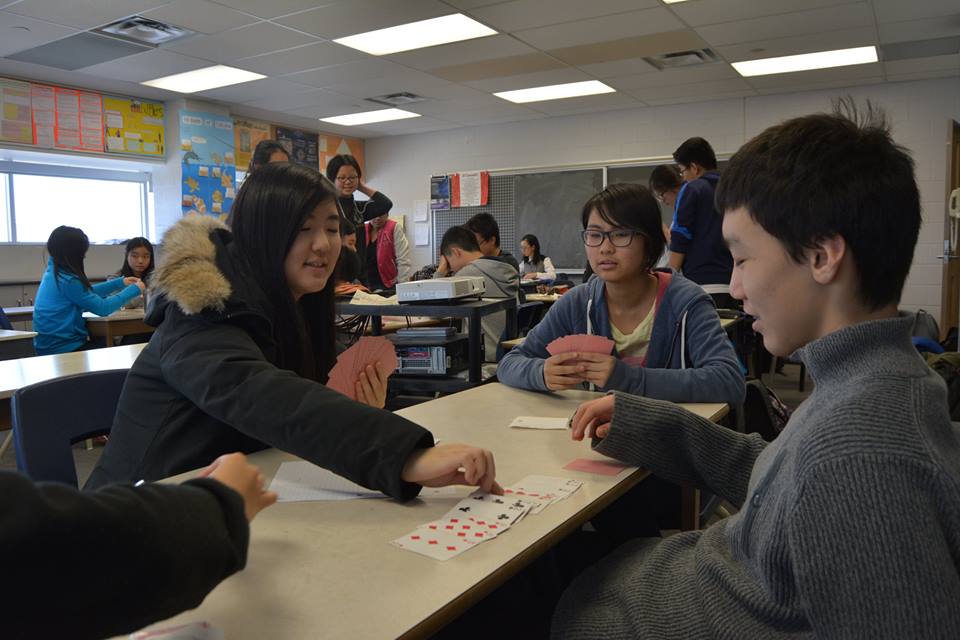