This week, the grade 9 students began an “Extreme Factoring Week,” during which they were given the awesome task of completing 350 math problems in four days. Questions consisted of factoring trinomial expressions. Some students took the initiative and finished early, boasting record times of three or even two days: “I could factor in my sleep!” they announced proudly. 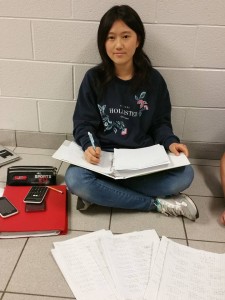